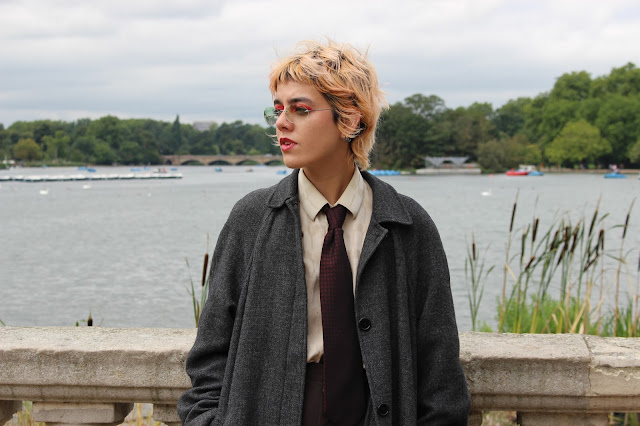 In a central London Wetherspoons amidst the throng of an unhappy couple’s break-up, perhaps there was not a more apt time to speak to Pixx about the success of her debut album, its inspiration, and the importance of girls supporting girls in creative industries.


‘The Age of Anxiety’ is an ethereally electronic and flawlessly crafted ode to our increasingly social media obsessed generation. Its creator, 22-year- old Hannah Rodgers, best known as Pixx. The album’s title is taken from a W.H Auden poem and feels just as apt in 2017 as in 1947 when the poem was curated. Anthemic chorus’ culminate with soaring and equally haunting vocals in an album that is essentially a musical reflection of Rodgers herself. The album’s artwork itself channels the future, but ‘The Age of Anxiety’ is very much a hopeful album for the uncertain present.

Recorded over the duration of a year, listening to ‘The Age of Anxiety’ you get a sense that you could either lounge, cup of tea in hand, or alternatively (almost always preferably) dance around to the record, carefree and enlightened. In response to this refreshing juxtaposition of ideas that her album promotes, Pixx told us “I think the reason it comes across in that way is because I’m quite extreme. The album is very much representing me as a person. I aimed for it to be like that, because there are so many sad albums, where I will listen and think “oh my god, this is so sad”, and then there are albums which are way more vibey! I feel like the mixture is quite important. I kind of wanted to represent what the songs were standing for, in the fact that a lot of them are about battling with mental health. The ups and downs are a portrayal of that.” 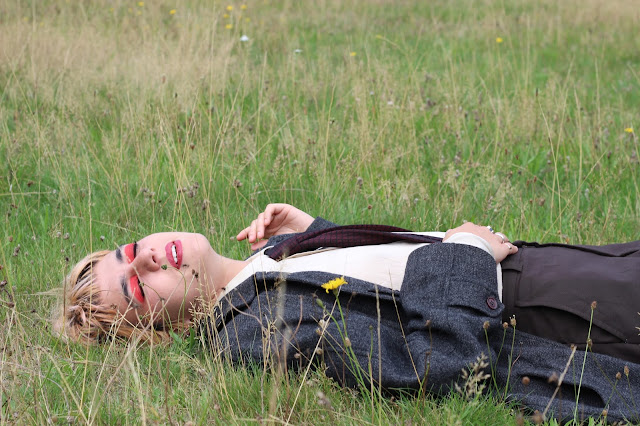 Pixx’s captivating live shows, which are “quite a lot heavier than what you hear on the record”
channel these ‘vibes’ which punctuate her record. Through creating a “different listening experience”, Pixx spoke of the difficulties associated with performing a studio album live: “It’s hard with electronic music, lots of artists have found, as I have found, it’s hard to do it justice live and also keep a good vibe. I didn’t like the idea of it not being a band, even though obviously I write all the music, I want to have a live band behind me for my own fun and also for the listeners to be able to vibe way more. It’s different. I don’t think that’s necessarily a bad thing, sometimes people can spend however much time trying to recreate something they’ve done in the studio live, but I don’t understand why there can’t be different versions of the songs. It just means it’s a different listening experience, as it should be because it’s live!”

At present, there are large amounts of political uncertainty creating a largely uncomfortable social climate which we are all subjected to. Music as a form as of escapism is not a new idea, but a necessary one nonetheless. We asked Pixx whether this sense of escapism was something that was intended in 'The Age of Anxiety' -  “Yeah, definitely!", she answered. "It’s an interesting one actually, because a lot of the time I think my writing comes from subconscious as well, like, I’m not necessarily aware of what I’m writing about, and I can end up looking back and realising that I am telling myself something through music. Using music as an escape is one of the most important reasons I think music exists. People can use it for that, and they can shut off. It doesn’t have to be “I understand this” or “I relate to this” or “I’m going to pick this song apart”- it’s about being able to listen to an album and shut off and let your mind go wherever it needs to". This idea of simply listening to music is a needed simplification in complicated times. Overanalysing isn’t necessary with ‘The Age of Anxiety', however, shutting off is becoming increasingly difficult. 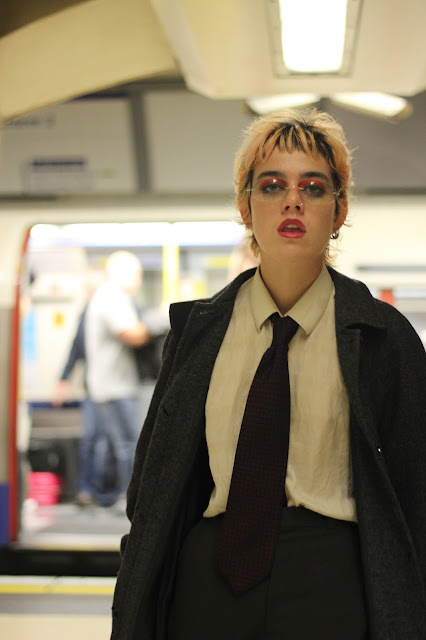 With a generation damagingly obsessed with social media presence and creating an online persona,
our unhealthy reliance on social media is something that Pixx finds “weird”, and rightly so! “Mostly
the thing that I’ve found weird over the past couple of years is how much social media has an impact on my life and everyone’s lives. And feeling like you can never really escape because you’re never really alone. I find it quite disturbing, and I think it can allow us to ignore what is going on in the world and things that are politically incorrect, and ignore things that we would otherwise have to deal with straight up! Also, it allows people to become weaker if they have a front on social media, like “I do this”, “I do that”. and “ I can say what I want”, but in real life I think it makes you more of a coward. I find it particularly difficult, some artists opt out of having any kind of social media – part of me wants to do that, then part of me thinks that would be denying what is happening. I have to be a part of it, otherwise I would be living in the past". This internal conflict with social media is one which is relatable in its entirety.

In times that have the potential to create such hostility, women supporting women and showcasing
female talent is crucially important. In response to this need for creative support among female and
non-binary creatives, Pixx told us “I think it’s very important at the moment that there are so many
young females, or non-binary people coming around and bringing awareness, and giving people
the confidence to be outspoken about it. It’s difficult, but I still have conversations with old friends
where I’m like “What the fuck!? What page are you on?”, you know. Particularly with men, but
also quite often with women where they cannot understand that it's ridiculous that we're in
2017 and women still don’t have any kind of equal chances to men, and that’s just how it is, and
we are just meant to accept it. I think it’s important that young people are rising and drawing
attention to it, that is exactly what we need!". 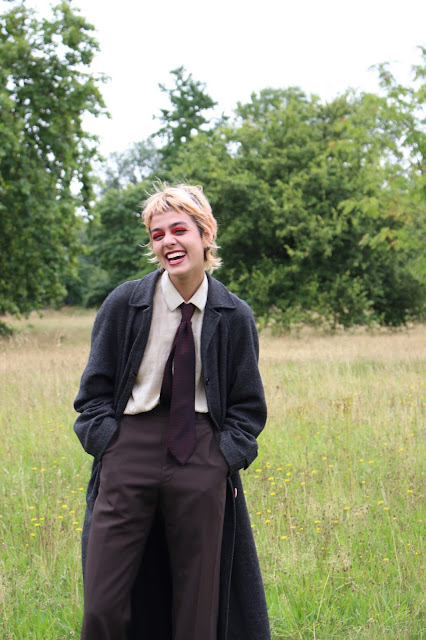 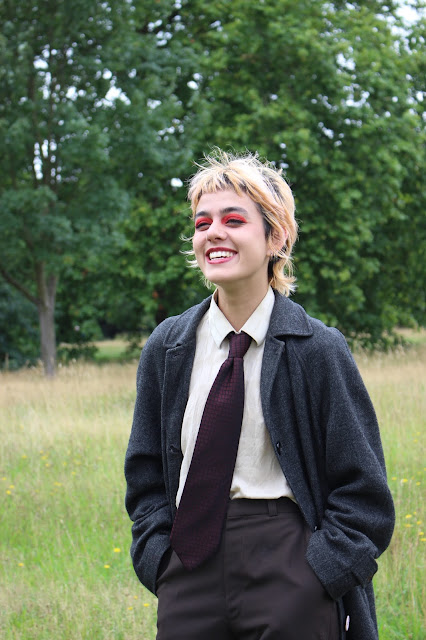 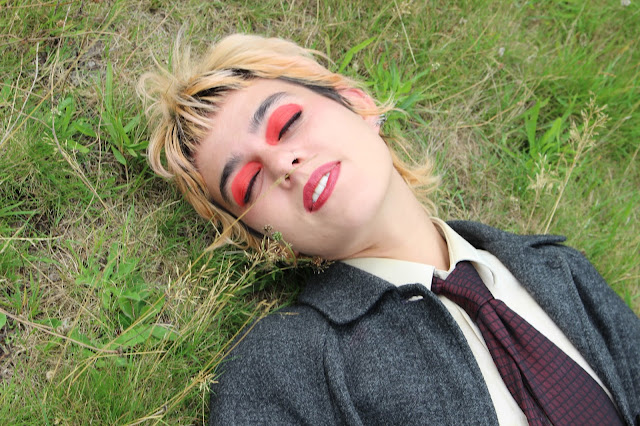 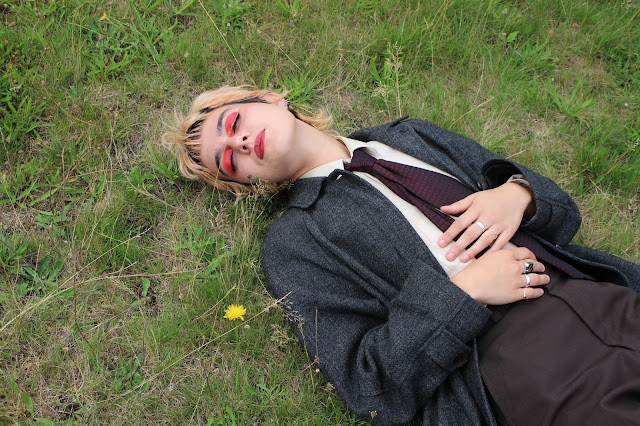 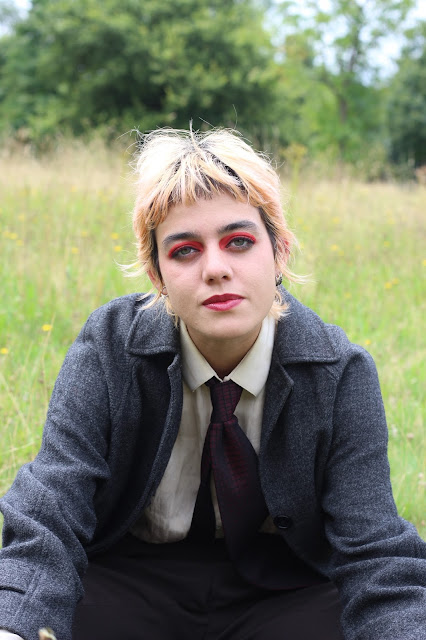 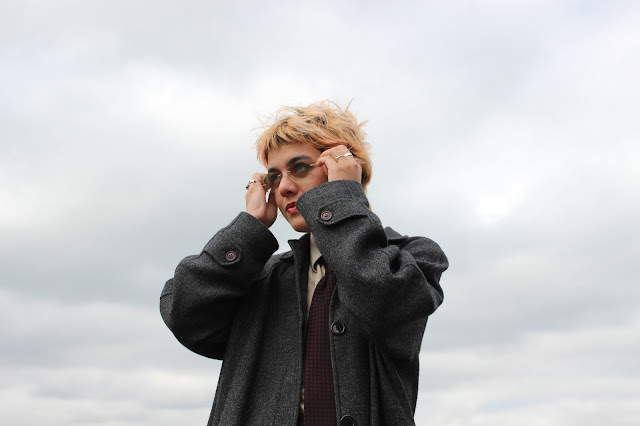 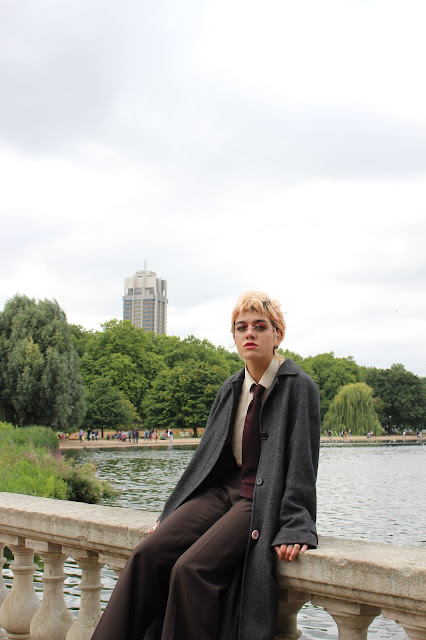 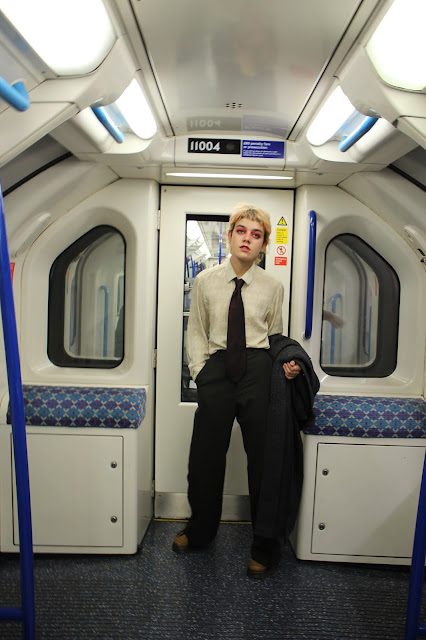