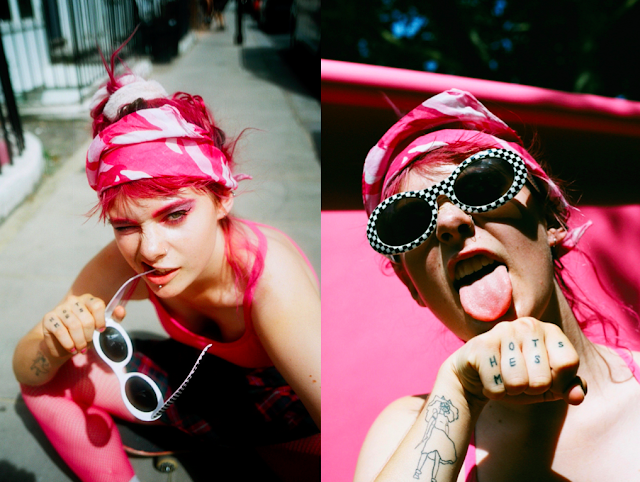 19-year-old Milly Toomey, more commonly known by her stage name GIRLI, is likely to be your middle-aged Conservative father’s worst nightmare. Fluorescent magenta locks drape her unconventionally painted face, stick-and-poke tattoos cover her traditional English rose complexion, and profanities are generously sprinkled throughout her patriarch-attacking lyrics. To us young femmes, GIRLI is the perfect revolutionary role-model teaching us to stick our middle finger up to the world, as we attempt to exist in a time of political uncertainty, mass gender inequality, and a time where Donald-fucking-Trump is essentially the most important person in the world.
In such a quite frankly uncomfortable time, it’s important to have role-models like GIRLI to say “you know what, screw this. Be yourself, and don’t care what anybody else thinks”. Girli is fully aware of her unorthodox appearance, firing “Don't you think you would look nicer with brown hair / When you have children they'll sit in their high chair / Look at their mummy and see the disaster / Don't you forget that appearances matter” in her most recent single ‘Not That Girl’. Her avante-garde appearance and don’t-give-a-toss attitude to style, both musically and fashionably, comes as somewhat of a refreshment to us millennials, where we’ve ultimately been brain-washed to conform to gender stereotypes and uniform style since birth. “My parents always talked about politics at home and spoke their minds, which taught me that it was good to have an opinion and discuss issues”, Girli admits. Unfortunately, debates and discussions of important issues, like gender inequality, are rare to come-by without a bit of prodding nowadays, so kudos to Papa and Mama GIRLI. 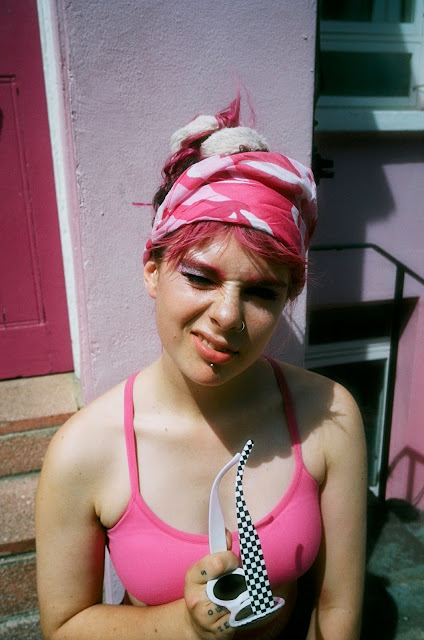 The singer’s encouraging upbringing has definitely had a positive effect on her music. Her music, which mirrors the style of PC-music and Harajuku bubble-gum pop, certainly stands out from the majority of music around today. If you’re a young female musician just starting out in the industry, it’s likely that people will assume you’re going to sing your bog-standard standard Saturday night X-Factor ballad. The assumption is dreadful, but undeniably something that has been ingrained into all of us over the past 50-odd years; women sing sad, slow, ladylike songs. This expectation to live up to society’s standards, especially musically, is something that Girli addresses in one of her earliest singles ‘So You Think You Can Fuck With Me Do Ya’. “Hey, you thought I was gonna do a ballad? / Fuck off” is what the singer howls after a verse of singing perfectly in tune, then continuing on to her signature cyber-pop and rap hybrid style. “I wanted to play with the fact that so many people would probably see me, a young woman all dressed in pink, and assume that I was going to sing them a pretty ballad. So I gave them that pretty ballad for 30 seconds, then threw a load of abrasive shit in their face that they weren't expecting”, Girli confesses.

Being a small fish in a pond so large can be extremely difficult, especially for a young woman. Being thrown in said pond at just 15-years-old, Girli found herself more than capable of swimming. The music industry can be a frightening place for people of all ages and genders, let alone someone so young. Instead of conforming to what the industry could have shaped her to be, Girli stuck to her guns, and her confidence and independence is something to be admirable of. It’s no wonder her music resonates with so many young people who are just finding their feet and coming into their own, as Girli eludes such a blithe attitude towards fashion preferences and social standards. When asked whether she felt she had a responsibility as a role-model to the next generation of riot-grrls (and boys), Girli replied “Yes, I do definitely. I wanna make music that would have inspired me when I was a young girl. I want to make music that's relatable, and not so far off people's reality”. We’re currently living in a surreal and hapless reality, one that preaches short skirts or ripped tights are synonymous with the word “slut”, one that suggests it’s better to be monotonous than be labeled outlandish.

Call her what you like, but it won’t phase Girli. She admits that fame isn’t necessarily the motive, more-so social and political commentary that will reach the masses and eventually change perceptions. Until we reach that point however, we’ll just keep having to point our middle finger up to the patriarchy in true Girli fashion. 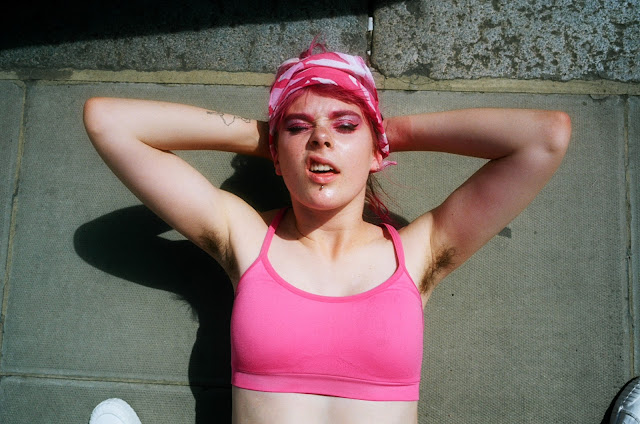 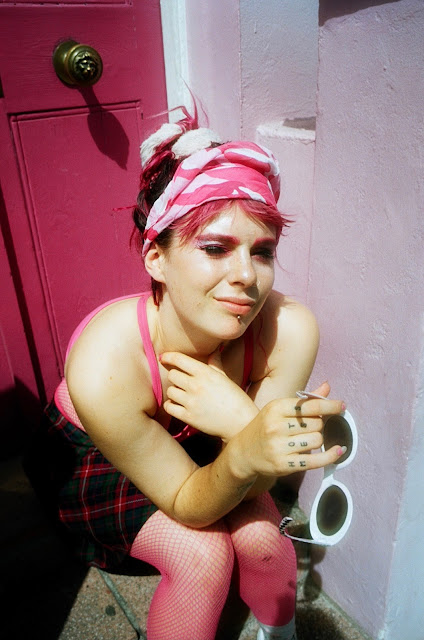 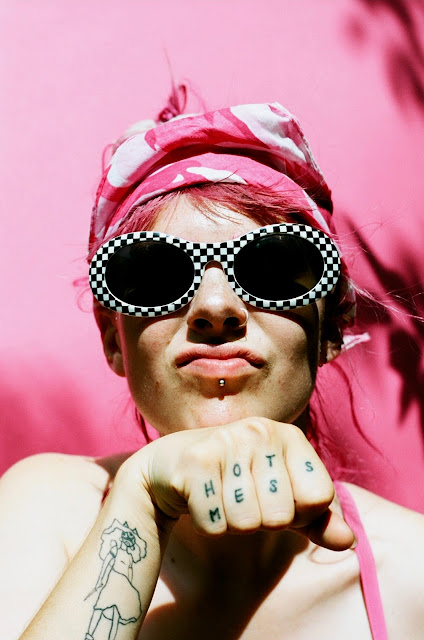 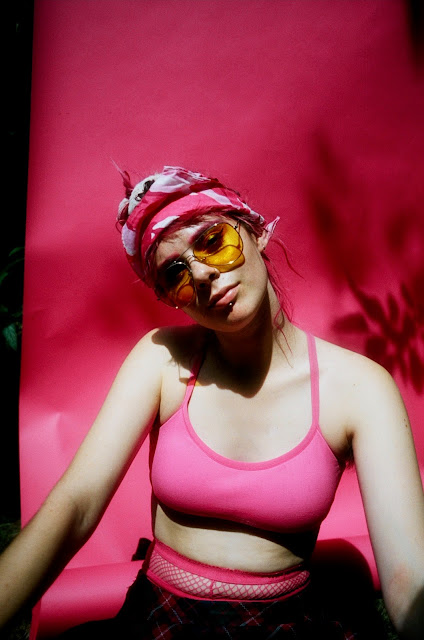 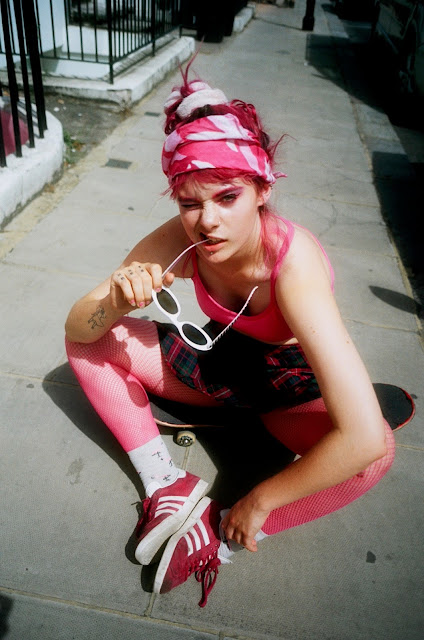 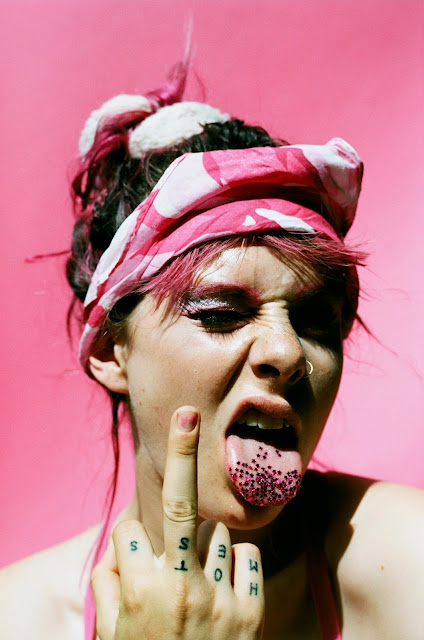 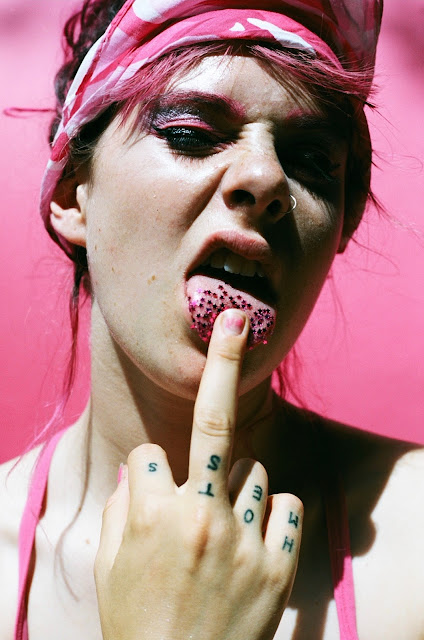