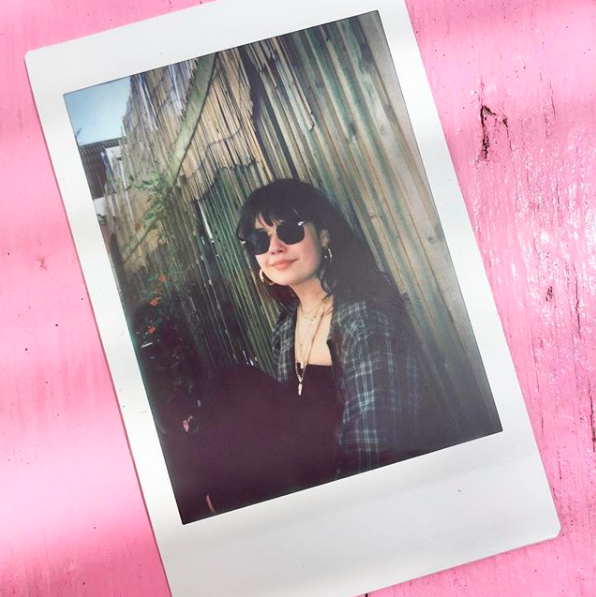 Brighton has never been a city short of talent, but in recent times it seems that a lot of what's coming out of the seaside town has been somewhat formulaic. Plentiful of indie male five-pieces, searching for something unfamiliar there is almost like trying to find your lighter on a night out; a bit of a lengthy search, but it'll be there somewhere. Lo and behold the fire herself, Lily Moore.

Although 19-year-old Lily Moore might be new to your headphones, she's definitely no stranger to music. The Brighton-based musician has been singing pretty much all of her life, yet only pursued music seriously within the past couple of years, with her debut single, 'Not That Special', coming out just a mere three-months ago. The track beautifully introduces Moore's effortlessly soulful lyrics. Like those of early Amy Winehouse or Adele, Moore's vocals smoothly glide over jazz and soul production.

Not knowing much about the singer apart from her incredible talent, we had a chat with her post TGE show in Brighton's The Prince Albert.

How did you get into making music?
I’ve always made music, although not properly. I guess for the couple years is when I properly started gigging around Brighton.

What’s the music scene like in Brighton?
Really good. It’s not too much, I feel I was very lucky to grow up here because I feel London might’ve been a bit scary to do gigs because there’s more industry and stuff. Brighton is a really safe space to experiment and try new things. I went to college round here (Brighton) and there would be a big gang of us after college going to find an open mic, that’s IF we were allowed in because we were all 17.

Is this your first time playing The Great Escape?
No, I played it four years ago during my GCSEs. The only reason I got to do that is because I did this little competition called Sounds of The City, the council runs it. It’s for under-16s to perform and they put the gig on. They were like “it’s not a competition, but if you do well, you get to play The Great Escape.” So obviously, I thought it was a competition. Like, “it’s not a competition, but I won!”. So yeah I did that, and it’s kind of how I got to where I am now and how I met my managers.

Do you normally come to the festival?
Yeah, I do. I came last year and had a little bit too much fun. I wasn’t singing, and neither was my friend, so neither of us were performing…..

What’s your favourite thing about Brighton?
The beach. That’s so cliché but it actually is. The air is soooo fresh.

What’s your favourite festival memory?
I went to Boardmasters with my friend Lara and we got really really really drunk, and we were still in the arena once they’d shut the arena on the last night and we’d just been sat down talking in front of the mainstage for so long that they’d like cleared the whole fucking festival and we were still there. It was Monday morning at like 4 and we were just sat there and they were like taking down the main stage. The only thing left open was like this oxygen bar.. I went up like “I know you’re about to close, so can we have free oxygen?” and they said it was a tenner, so I was being really obnoxious like “well, I can get it for free” so I just stood there breathing for like 20 minutes. It would’ve been funny for like two minutes, just took it too far.

Would you rather do a festival with no knickers or no socks?
No socks, definitely.

No socks?! That’s a first, everyone says no knickers for that.
Well I’d definitely rather have pants on, especially if you’re on stage. Cos what if people are like.. so definitely keeping my pants.

What is your sound of the summer?
I really like Will Heard. I saw him at Live at Leeds last week. He didn’t get naked though, everyone says he always gets naked – I mean that isn’t why I went but yeah..

What are your plans for the rest of the weekend when you’re not playing?
I feel like my Great Escape will start this evening, so I’ll probably see a couple bands and have a beer on the beach.