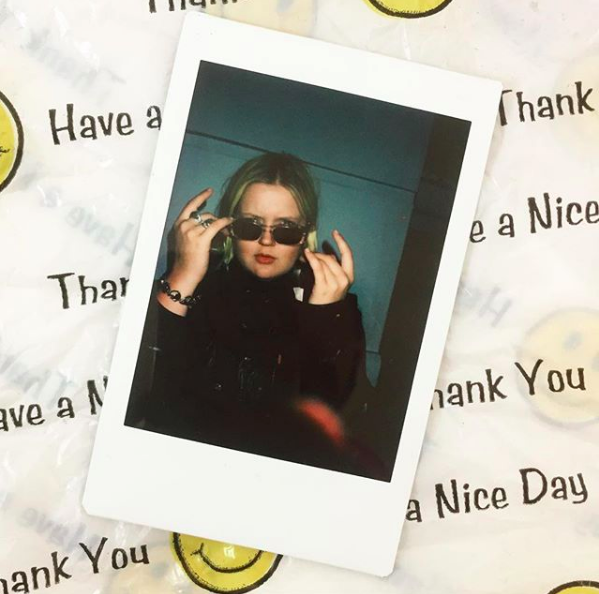 The Great Escape prides itself on being a festival catered for new music, and whilst Finnish popstar Alma has been signed to record label giant Universal since tender age of 17, the now 22-year-old is increasingly being seen as the fresh face of popular music. Standout single ‘Chasing Highs’ has over 81-million Spotify listens - you’ve probably heard it recently swirling around Radio 1 plays. Cyber Alma, as her Instagram handle coins, has been collaborating with the like of Charlie XCX, Tove Lo, and Martin Solvig, establishing herself as the neon yellow haired pop force to be reckoned with. We caught up with Alma in Brighton for our biggest interview to date ahead of her show at the VEVO stage for The Great Escape.

Tell us what it was like being thrust into fame so early?
I’m probably going to understand when I'm old, but I've never really felt like I’m famous – in Finland yes, but I’ve never felt famous. I think it’s kinda cool, but I’m very chill. I want to do what normal people my age are doing. I go to the clubs and I make out with people - I don’t want to take that title, I don’t want to be ‘famous’, even though I am famous in some parts of the world, but I just don’t take it. I refuse.

Have things continued how you would have liked them from when your career started?
You know, it’s sometimes hard to do all the stuff that 22-year-old people are doing, I can’t do all the same things that everyone else is doing, but I really try.

I think it’s important to keep your own initial goals and personality through everything.
Yes, totally! I hate artists that become like that. Artists are human, they make mistakes, they are stupid, and they're just like everybody else. I never want to be like a robot.

You collaborate with a lot of strong women, what do you think is the importance of women working together in 2018?
I think its super important especially at this time! I’m super fed up of all male rappers and a lot of groups who make songs together, and I don’t know why, but females haven’t collaborated so much yet. I think now with all the things going on this world right now, females want to do stuff together. It’s very important, and it’s very fucking powerful.
We are a force to be reckoned with!
Exactly, we don’t want to just be at home and miserable. We want to actually fucking do things, and it’s our time. It’s women’s time.

How has working with the people that you do influenced you, and has it made you a better artist?
A lot. I signed when I was 17, so I was very young, and I started putting out songs when I was 18/19, and obviously I didn’t know who I was. At 19, you don’t know who you are - as a person or as an artist. Now, I work with people I admire, and they listen to me and they appreciate me and I appreciate them and I learn so much. I can always tell my best friends what I’m going to do, but they're never going to understand fully what I'm going through. It’s important that I have friends that are doing the same things.

What message do you want to portray through your music?
When I die I would love to be remembered as a powerful human who inspired people to be who they want to be, and maybe break the stereotype of ‘women need to be like this’.  I'm very disappointed that there aren't many female artists that are different at the moment, especially the bigger stars – they are kinda the same... It’s 2018 - we can be whatever we want. But our biggest role models are still the same. If I was 10 now, I would really love to see a different kind of female, and male, artist. They should be speaking about stuff, and I feel like now it’s finally happening. I’m excited about it! I really hope that that people start to really care about what they put out.