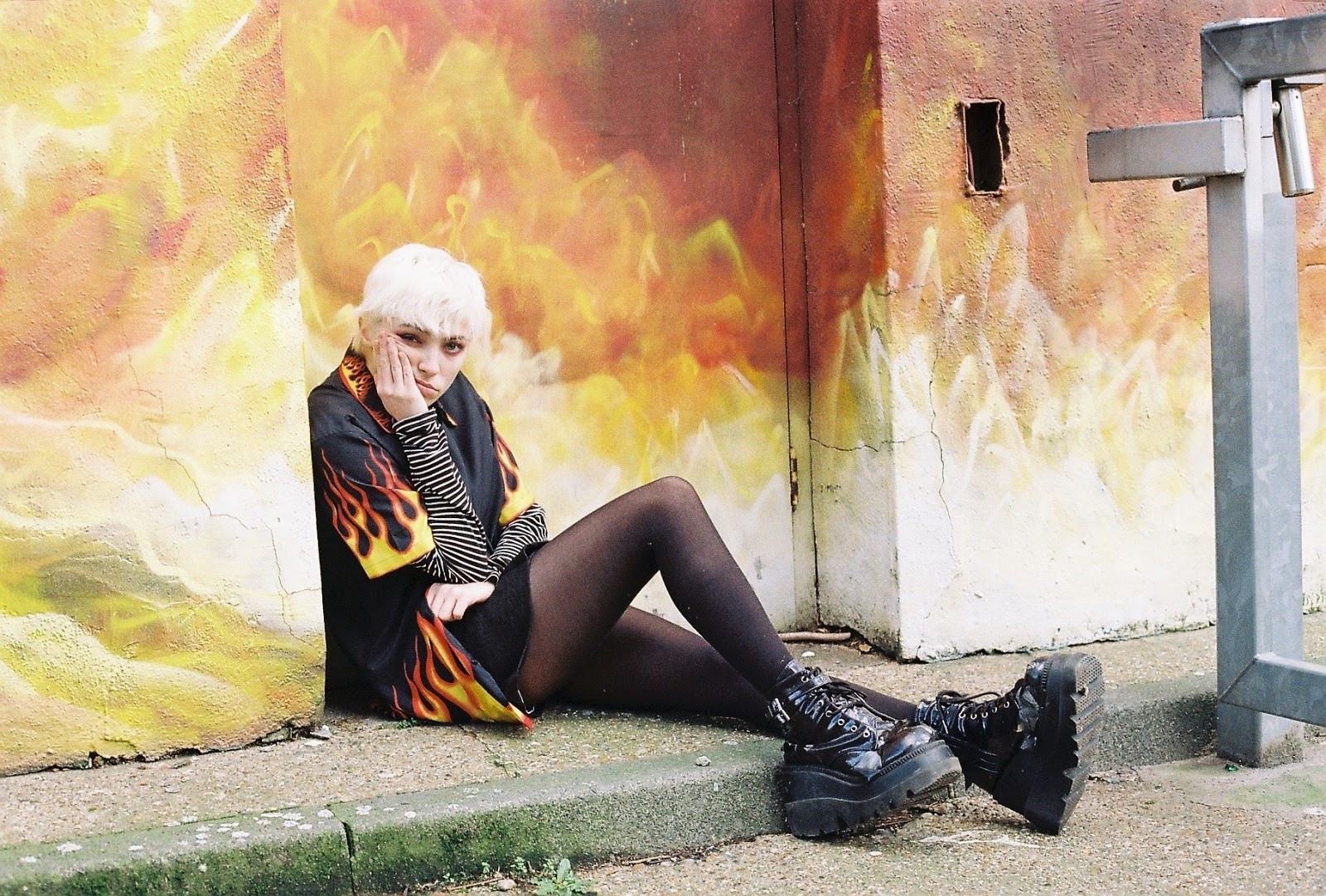 If the past few months have done anything for women, it’s proven that we’re now refusing to be silenced. Gone are the days of tolerating the over-sexual, misogynistic office jokes, being referred to as ‘hysterical’, and having our ideas and dogmas pushed aside. In light of the #MeToo movement, it’s clear that women are standing together in solidarity, taking down the Weinsteins, Trumps, and Tarintinos of the world. For decades, we’ve lived in societies where rules have been dictated to us, and the time has finally come to rewrite our own rules, with the newest generation of musicians leading the revolution. At the forefront of the revolution; 19-year old Suzi Wu.

It’s a sunny yet bitter day in Camden Town when I first meet Suzi. Admittedly, I was apprehensive to meet her- her online persona eluded effortless coolness, one of a totally self-assured individual, which was mirrored in her Teenage Witch EP I’d been playing on loop for the previous week in anticipation. Yet, as soon as she arrived I was instantly at ease. She arrived with her hair slicked back in a backwards cap, draped in a flame-print shirt that even Guy Fieri would be jealous of. Her presence was confident yet inviting, as she flashed a warm smile and introduced herself. We pondered interview locations, ultimately unanimously deciding on the local Wetherspoon’s to have a chit-chat over a pint and a rollie, only then realising the organic and unpretentious nature of the North London-via-Blackpool musician.

Suzi’s music has the same offhand vibe as the likes of Baxter Dury and GIRLI, where she casually hurls plosive vocals over grunge/hip-hop hybrid beats. It’s apparent that her musical style is well thought out, where each element of her songs has a purpose, ultimately leading to her unique style. She admits that this style was intended, telling me: “When I first tried to explain to people when I was 16 and started making music that I wanted to fuse grunge music and guitar music with hip hop beats, and also do surf rock with it with pop beats, people just looked at me like I was nuts like ‘Can you give me an example of what you mean?’ and I was like ‘No? I have to make it!’ Now I feel like people are starting to get it. I wrote a lot of things that were terrible at first, and then you make that one track, and ‘Teenage Witch’ kind of was that for me. Once you can show songs like that to people, then you can begin to build what you wanna make.” 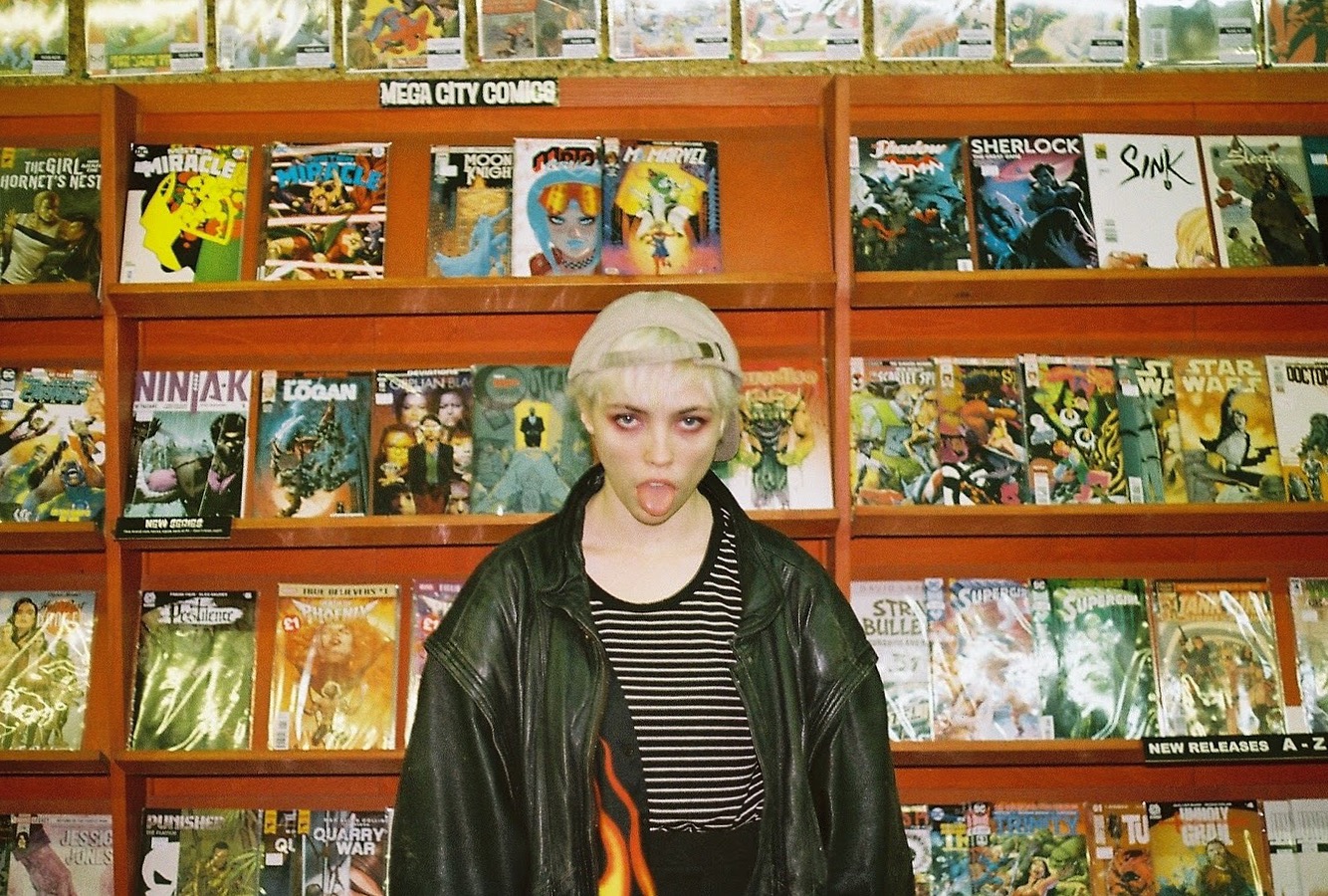 It can be quite daunting being the new kid on the block in the music industry, especially if like Suzi, you don’t want to be pigeon-holed into just one slot. Her fearlessness to make art that’s relevant to her, and also completely new to listeners, is admirable. “I get asked a lot what genre I am”, she says. “I’m not a marketing man, I don’t know what to label myself. It’s not really needed though – I think our generation is kind of obsessed with getting out of the labels that previous generations put themselves in.” With so much new music floating about, Suzi’s right. It’s not so much about being different or standing out, but rewriting what it means to be a musician in 2018. “I think the music industry needs constant shaking up”, Suzi says, sipping her pint. “I think it’s important to remind people, like, ‘the person who’s telling you what to do is wrong.’ Because, they’re not always right. You need to hear from somewhere to question authority, maybe stop and think that you might be right. Trust your own gut.” Revisiting the earlier idea of a musical revolution, it’s clear that Suzi is capable of leading it. It’s been ingrained into us since birth to just do as we’re told, in all aspects of life, and in the words of Suzi, it’s definitely time to shake things up a bit.

With the title of her latest EP, Teenage Witch, I couldn’t not ask about its influences and how witchcraft is tied into it. She goes on to say that much of the album is about growing up and coping with being alone. Both of her parents were ill at the time of the EP’s conception, leaving Suzi is solitude for an entire year. “It felt very surreal, everything was kind of drive-through-life-esque. Nothing seemed quite real, but it was a very important time in my life.” Knowing the context of the EP, the lyrics of its most popular song ‘Taken Care Of’ suddenly have a whole new meaning. Suzi comments at the beginning of the track “She asked me who’s taking care of me / I said I take care of me”, continuing on to propel “We’re all just young / We can’t be perfect” at the song’s end. Growing up’s hard, and there’s absolutely nothing you can do that’ll prepare you for the emotional turmoil of young-adulthood, an underlying theme in Suzi’s debut EP. Independence and individuality are big things for the singer, so it’s no surprise when she tells me that her interest in witches comes from them being “outliers of society, who are powerful women. People are afraid of them because of that.” 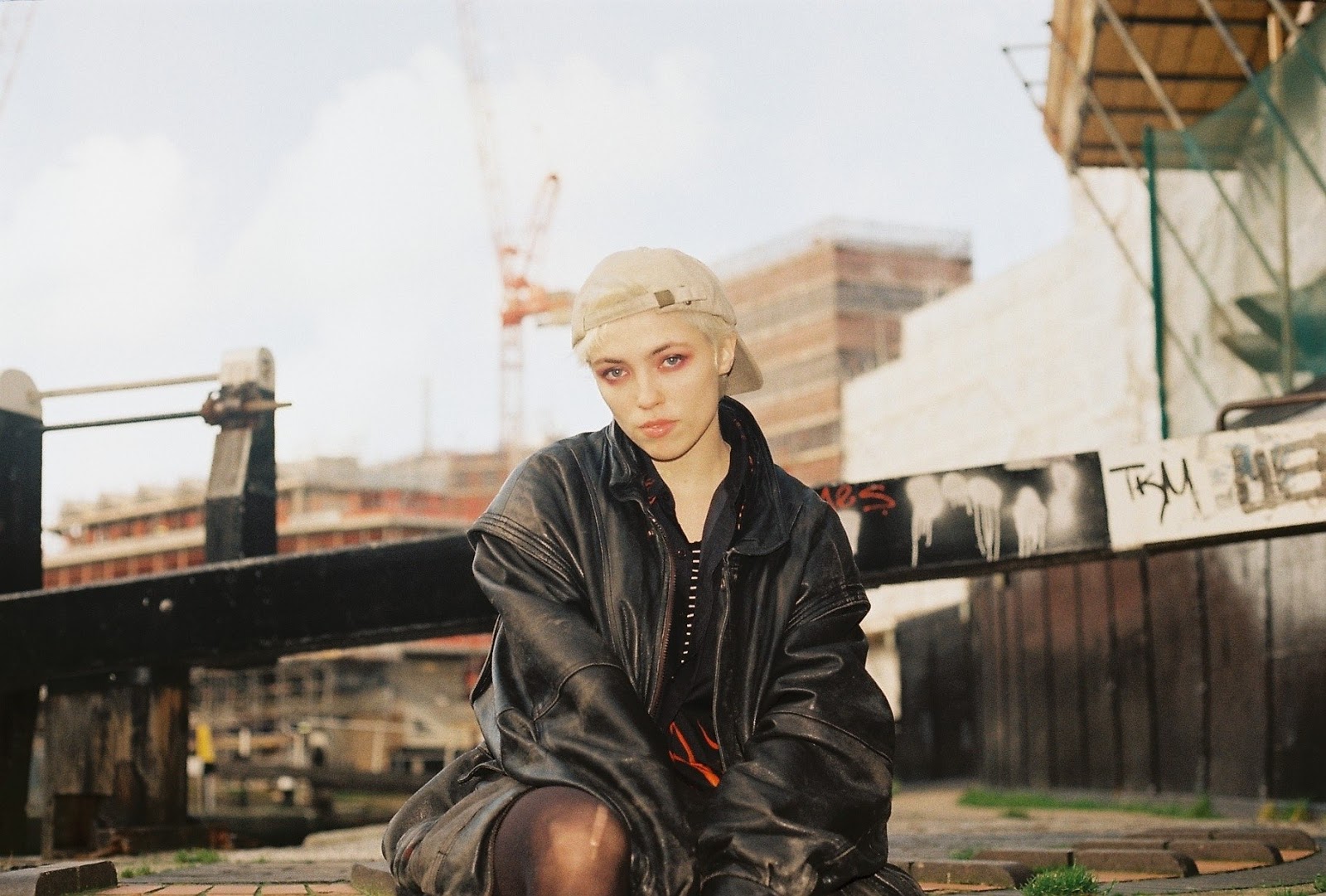 For such a short period in the music industry, Suzi sure has accomplished a lot. To start, she’s caught the attention of her management company East City, who look after the likes of Alt-J and Wolf Alice. Suzi also played The Line of Best Fit’s 5-Day Forecast for 2018 earlier this year, which is pretty mega. However, Suzi admits that although her experience so far in the industry has been pretty smooth sailing, it does still have its challenges. She states that in two years, she’s only worked with one woman. “It’s difficult because I feel like no one can hear me. I have to be pretty damn rude sometimes to get a point across, because nobody listens. This is something I didn’t experience at school, I was in an all-girls school, I was used to being listened to,” she says. “Until I got out there in the big wide world, I never really knew how difficult it is to be heard. I think at the end of the day there’s two options when it comes to how people are treating you, like a room full of men. You can either be ‘hysterical’ as they would call it, or you can be a bitch. Which is what Rihanna, and Madonna, and Beyoncé do, and people are just afraid of you because you’re kind of an arsehole, but you have to be because nobody is listening. You can be polite, but you can’t be too polite.”

For someone so young and so fresh to the industry, Suzi seems to have it all figured out. With such a captivating and unique sound so early on, we can expect to see big things from Suzi Wu. She told me she’s working on some pretty interesting stuff for the future, dubbing it: “If Courtney Love was to do a Death Grips track.” I don’t know what to expect, but I’m excited. 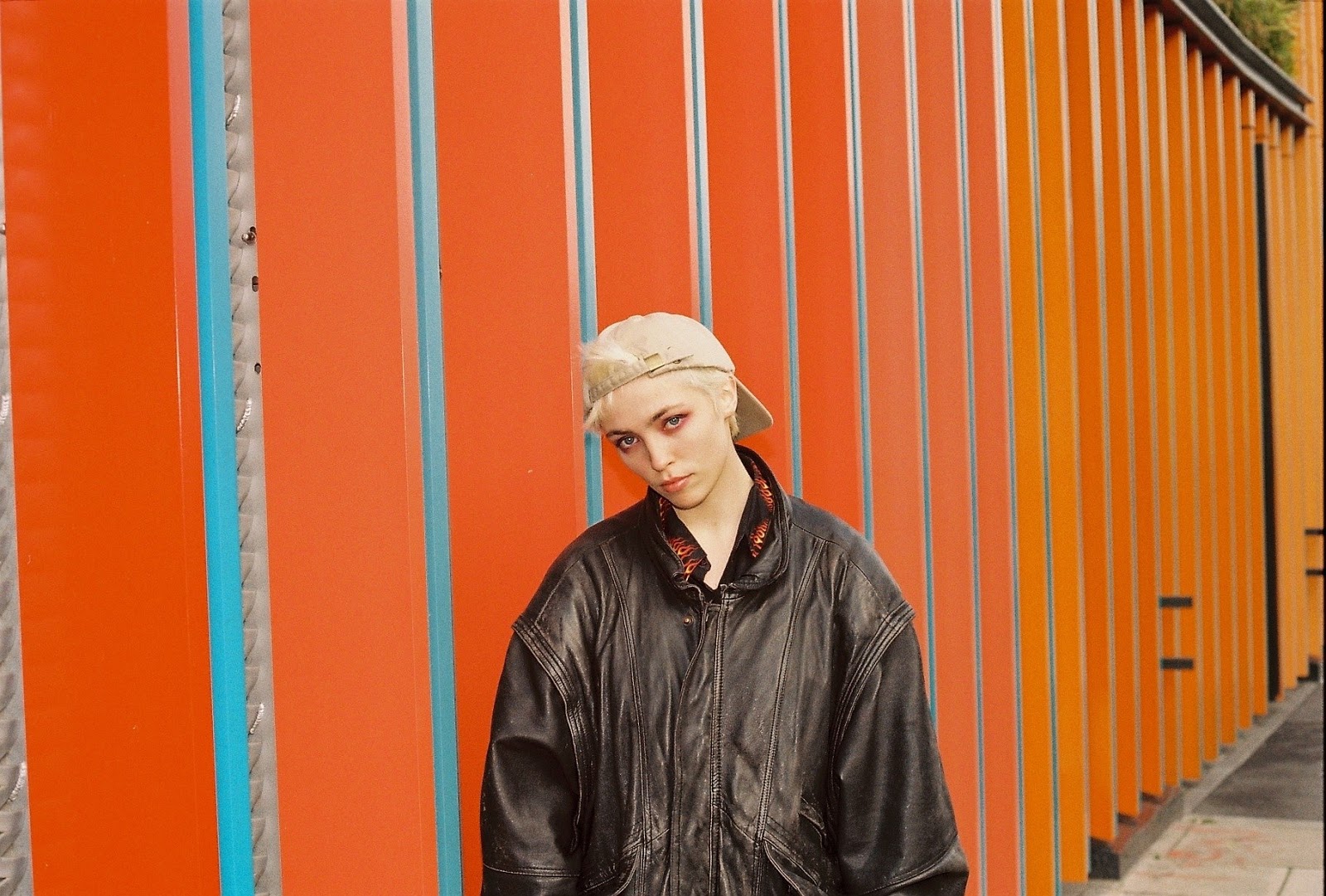 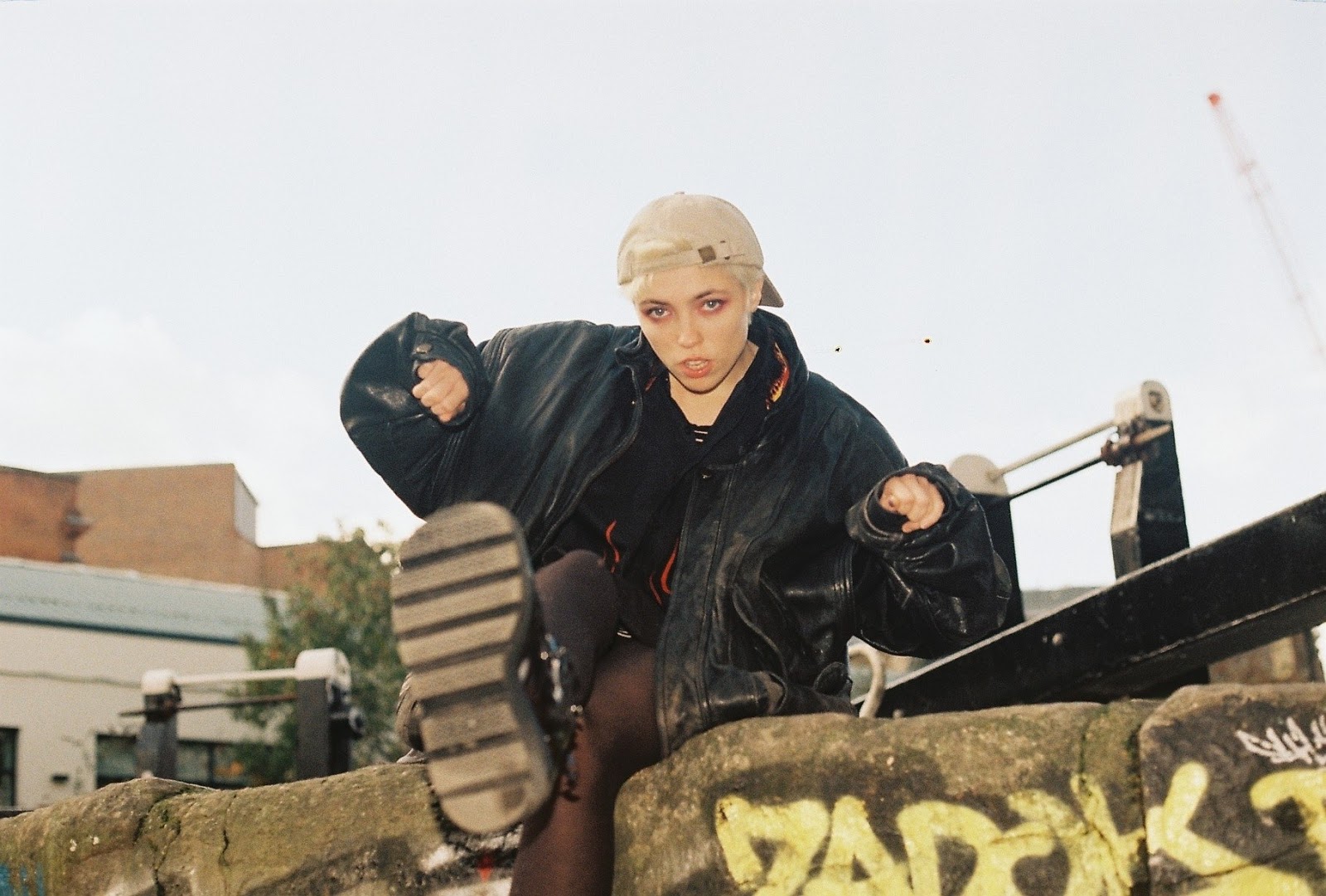 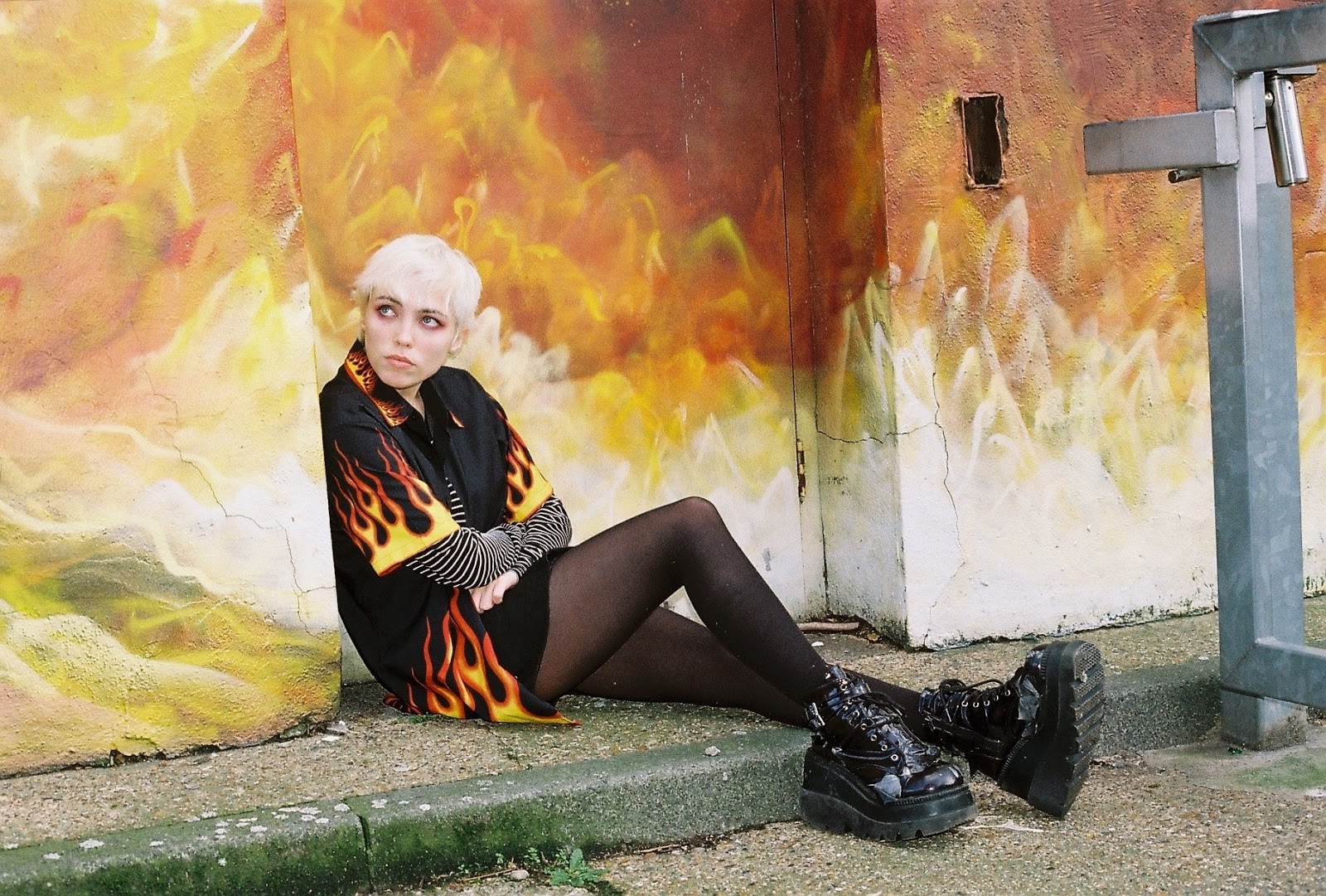 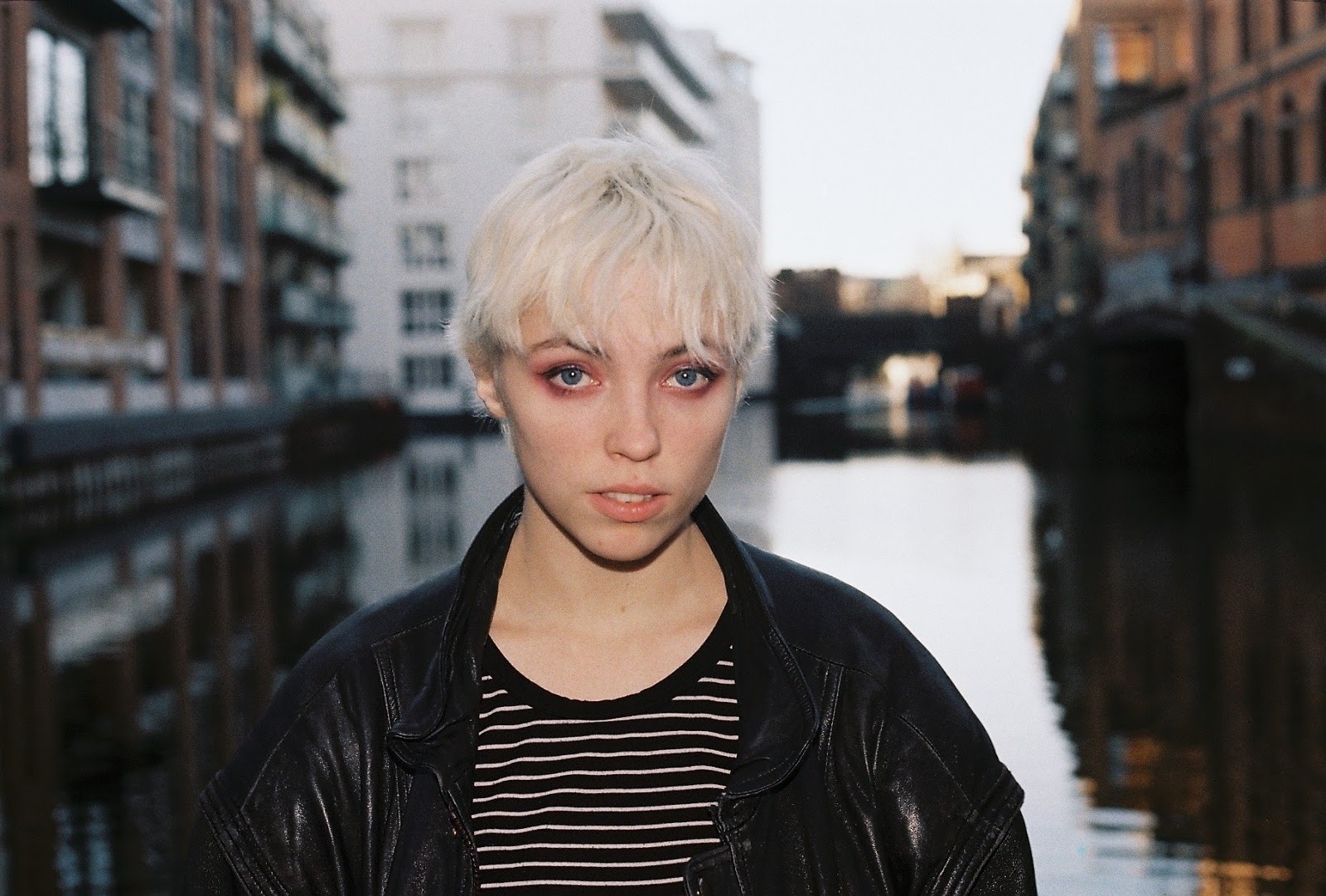 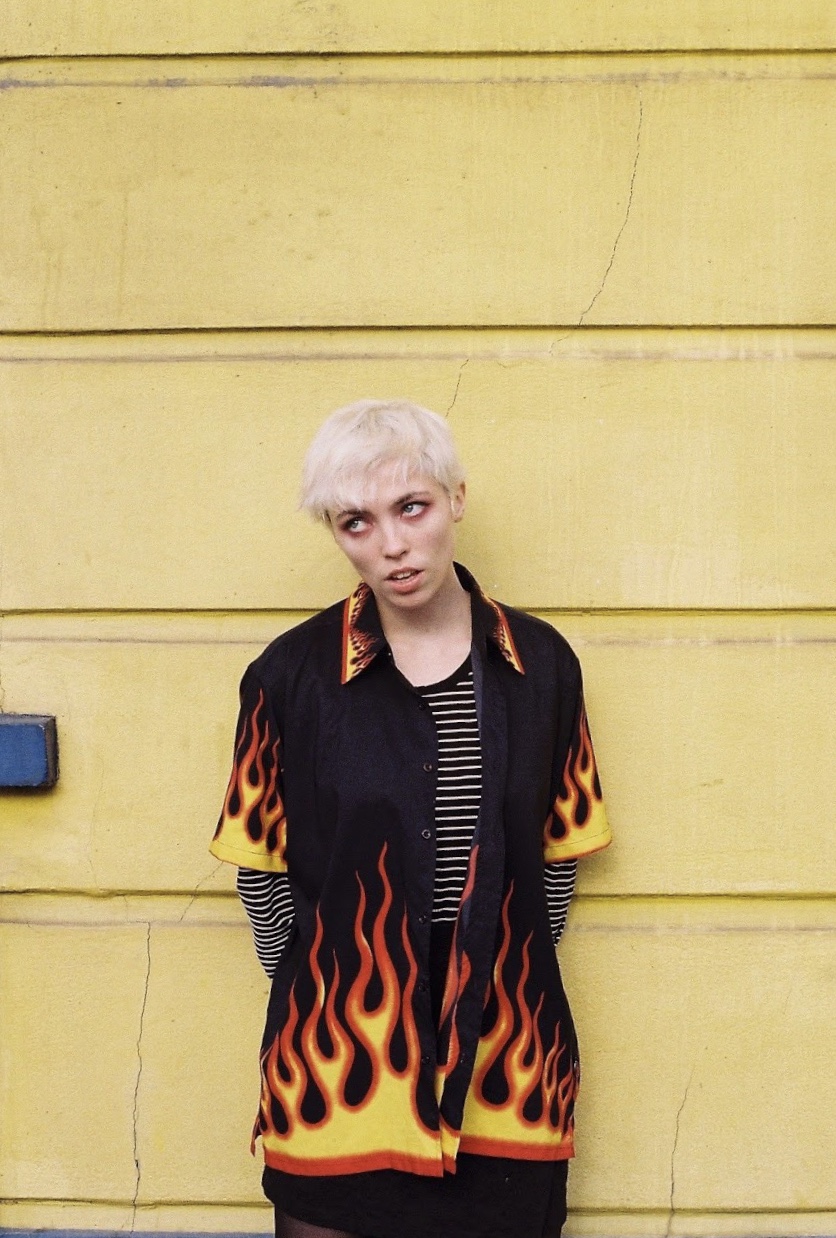 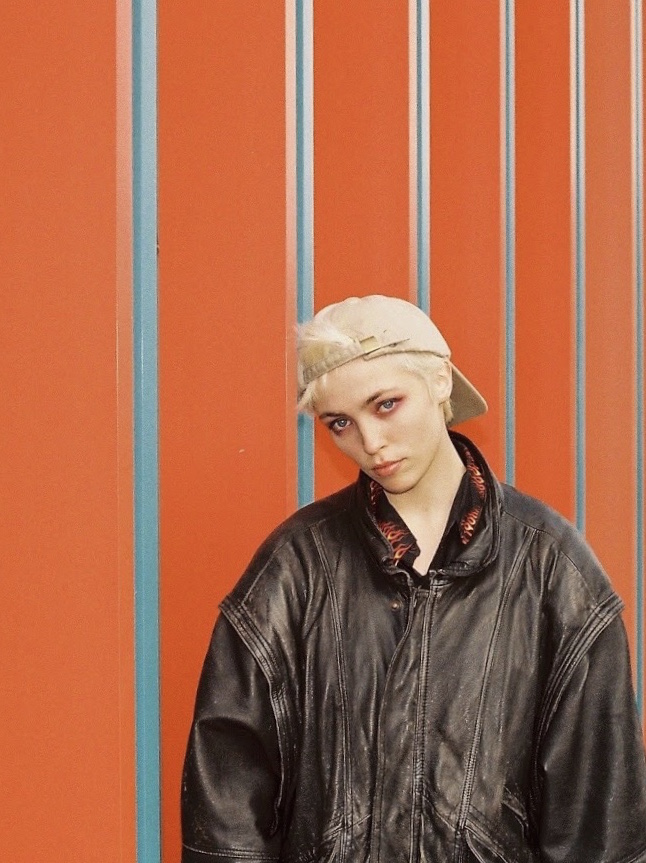 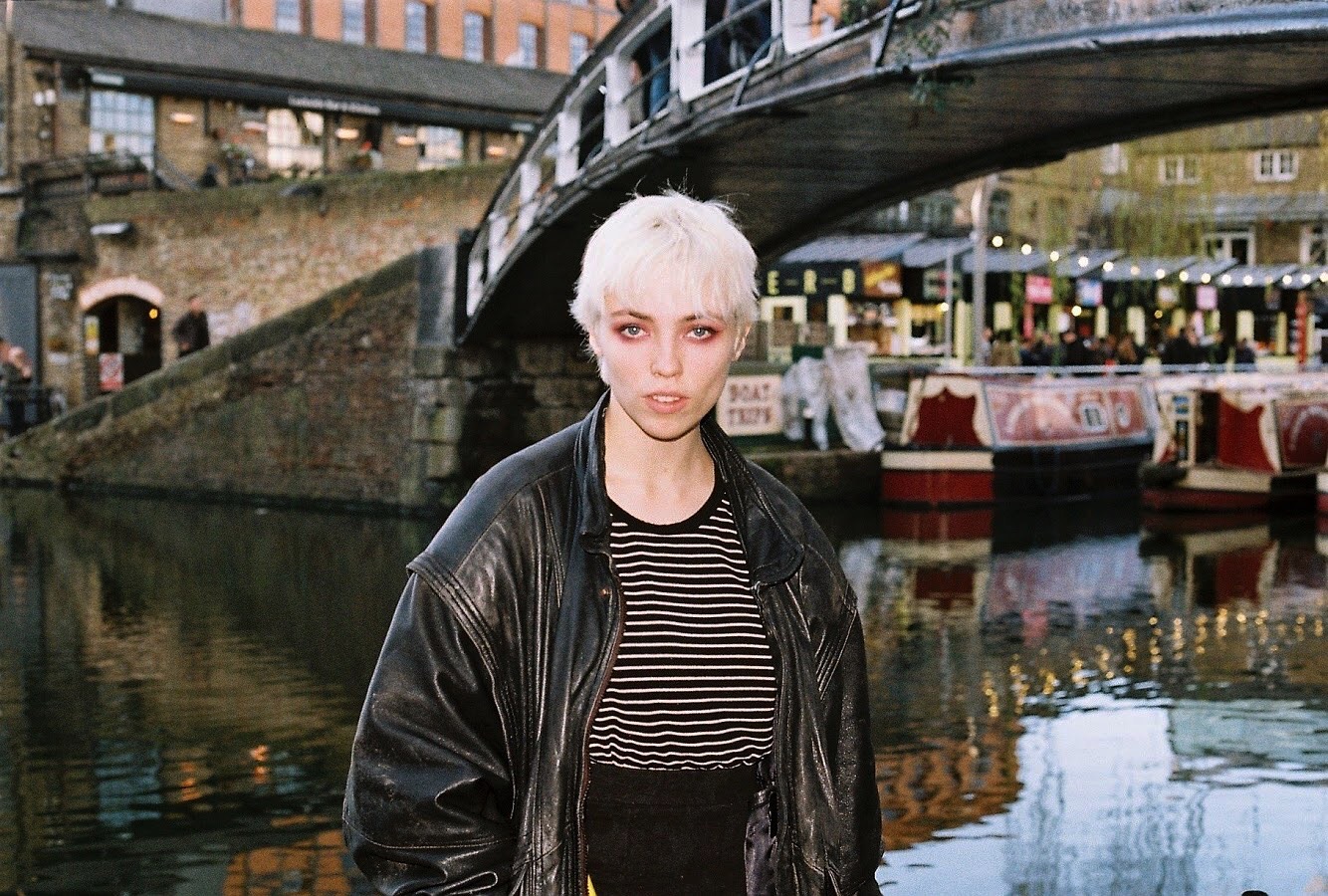 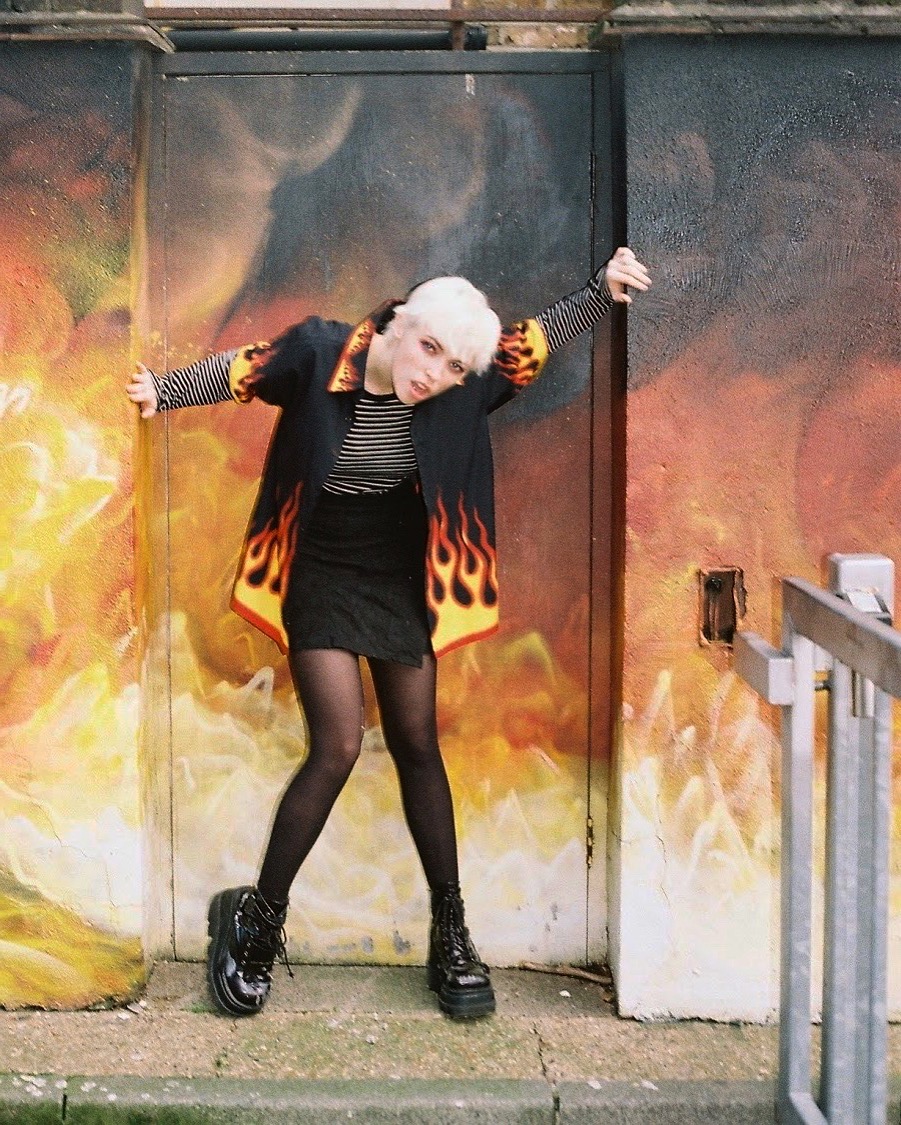